Steam ID: ID:STEAM_0:1:169983106
Discord name: D A V E Y#9563
For how long have you played on CG SCP: I have a shit memory so im sorry if i dont get this right but i think between 2-3 Months (im not sure though) Age:16
In what country are you located?: mostly living in eastern Europe (will tell which country if needed)
Time zone:EEST
Character name(s):
-Sophie Wattson
-Bailey Powers
-Robert Wheeler / Houston Armstrong
-Andrew Thompson
-Boris Oleski
-Jinkins Jr
-Henry Baker
Civilian name:
-David "Thatcher" Rodgers
-Sean Mctavish
What server are you applying for? (SCP-RP UK or SCP-RP USA): UK
Do you have a mic?:
-Yes although im known for cutting out / having a echo
List all whitelisted, MTF, or CI roles that you hold or have held:
-EX-NU-7
-RRT
-096
Have you received any kicks/bans/warning? and why?:
-In general i have obtained a single warning which was recived several months ago, that being FailRP (due to me not knowing that Civilians where allowed in the Site), this being this only warning that i have obtained
Why are you applying for Chief of Medicine?

-Ive always enjoyed playing support roles in video games, and ive enjoyed being helpful / or useful during a event, or in general Serious RP situations. (or when assisting in events,).
this mainly being why i mostly want to join CoE,
What makes you suitable for Chief of Medicine?:
-Although i haven't been on while higher ranking individuals where on this dept (mostly due to me trying to also obtain captain for sec), ive learned how to treat individuals rather efficiently, (either it being electroshock treatment, fractures, etc), with my experience gained on Gensec Sergeant / and RRT Sergeant (Going by Andrew Thompson / Sophie Wattson on either roles), i managed to obtain skills of leadership to some extent.

Please explain an in-game medical procedure of your choice:
-Electroshock Therapy:
-Before you start the procedure, you ask the patient his / her symptoms
-If the symptoms correspond to a memetic anomaly, you ask to what anomaly they've been exposed to (mostly to be sure)
-after conforming that a individual is affected by a cognito / memetic you ask if the individual had CPR done before on them (was revived)
-if possible you give a short description of the treatment explaining how it works, and asking them if they give consent (if they do you proceed)
(Mostly Personnel opinion: giving them morphine before starting, and waiting a couple of seconds for it to kick in if necessary
asking them to not go to the light (not respawning) and then proceeding with the electroshock therapy, (using your harpoon) and doing CPR on them

What are the responsibilities of the Chief of Medicine in RP?:

-a Chiefs responsibilities are: To make sure that no individual is breaking the CoC, CoE, or Medical dept rules
-Training new Members of the dept
-And approving situations that may be happening in the medical dept
Please give some lore about your Chief of Medicine character and what storylines they would be involved in:
Short Description:

Boris Oleski is a Russian-American man in his late 20's, graduating from Orenburg State Medical University, he'd always wanted to succeed in his life, during his early life he'd always found a interest in biology, reading about vivisection's and dissections medical studies from tales from his father,learning how the body worked, and reading from biology books.
After finishing his medical studies, and gaining his medical license, Boris would decide to move to US,
He'd manage to sign up for a charity work, needing to move to Canada , helping with a disaster near Pinewood,
During his time at the foundation, Boris seen thick and thin, managing to see the worse and the best of situation, if wanted or not,
(Lore is still a WIP, may be changed)


Boris is potrayed as individual that has gotten used to situation in the medical dept, but still managing to have a child like fascination with anomalies that may affect the human body, possibly helping in storylines that may involve research,

But hes also represented to easily get stressed out in some situations,
Last edited: Aug 6, 2022 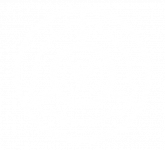 After careful consideration and discussion with Dpt. Director Abbie Maot and taking advice from our Chiefs of Medicine, we have decided to deny this application at this time.

Thank you for taking the time to write out an application.