This suggestion has been denied and will not receive development.

What does this suggestion change/add/remove:
It would add a new section to HCZ that could either be a type of tram to under the frozen lake at lakehouse or a new door/section downstairs in HCZ where 966, 079, etc. are stored. The door would be a level 3 bio(or not) door, being accessible to Sr. Researchers, riot/Sergeant, Combat Medic, All MTF, and normal site staff with proper reason/clearance to be there. SCP-3000 would be a cognitohazard SCP, having a special tank compared to other SCP's. SCP-3000 would have a large like fish tank that spans under the frozen lake and throughout under more of the map (However large it would be okay to make.) The glass used to see into the tank would have a type of thermal/nightvision goggles on the glass or on the table near it (like 096 scrambles) which allows those testing to see where its position is before sending in D-Class and if its safe to even be there at the moment, along with the goggles, the glass would have a type of 2-way-mirror, using a level 3 keycard, a shutter would close over the glass, SCP-3000 can't see in but those at the glass can see out, preventing the hazard of SCP-3000. A way D-Class would enter the large fish tank for SCP-3000, a airlock would be in place, closing the side to 3000 and opening the side to HCZ, The D-Class would enter the airlock with a gas mask on (unless they just have a suit on in rp through /me so there would be not much of a coding issue) The D-Class would enter with syringes, stabbing at floating jelly, collecting amnestics through the samples so Agents, MTF, etc. could have a actual rp reason for the amnestics. A breach would work similar to 008 and 323, it would slowly start to make people (up to D-Block, cannot reach surface level) go insane through walls, making them become hostile and unaware of what they do, it would strip the persons weapons upon insanity and makes them become like a zombie, running around as a servant. 3000 would affect people through walls. From the perspective of the person, their screen would slowly start to melt (kind of like the jarate or water effect in overlays) as they see a picture of 3000 staring at them, luring them into their insane downfall as a servant to 3000. A breach is recontained through using scramblers which would deny the effects much more than without, taking 3x as long to go insane the farther, closer they become insane faster. They would go down to his containment fish tank and turn on the glass shield, the glowing green eyes of 3000 would need to be shown light, the chamber has lights where the glass is, using a spotlight to blind 3000, stopping his breach of insanity.

Possible Positives of the suggestion (At least 2):
*New SCP (obviously).
*In RP reason for having amnestics such as A-Class Amnestics, B-Class, etc.
*Interesting (in my opinion) SCP mechanics.
*Could work as a player controlled SCP or work as entity trigger SCP (like 087).
*Aquatic SCP, being a extremely new type of SCP.
*Uses a in-map reason for the SCP existing.
*In-map terrain used for this.
*Could allow more odd SCP's that are aquatic, Underground, etc.
*Scary as hell, allowing a genuine FearRP reaction.
*Could allow for interesting mechanics like scuba gear or a type of submarine (not literal, 'submarine')

Based on the Positives & Negatives, why should this suggestion be accepted:
I made a petition on the U.S. server which got over 3 and a half pages of signatures across 4 papers, people think this is a great and interesting idea, matter of fact, one of the O-5 almost signed but he wasn't allowed which I take pride in even being acknowledged by someone that high, same for the Ethic director, Mr. Dalton, a ambassdor "Liberator", numerous amounts of A-1 and O-1 (which is why the first paper got destroyed) signed, MTF signed, Cadet, Officer, Sergeant and RRT signed, Agents signed, Tech Experts, Chef, and Containment SPC all signed, Even 912 and 999 signed. Many people saw my idea and would think it's a cool way for a new SCP, I even made a event suggestion if this gets denied. I will write a entire story for this SCP addition, I will do anything for 3000 because of how many people signed and wanted him in. If anyone that is allowed to deny or accept this have any questions or changes that need to be made, please add me and I will redesign that section, MakoBunSVT#1891 is my Discord. Thank you for reading, and I assure you I will try for SCP-3000. And with that, I end my suggestion, thank you. (Picture from the internet) 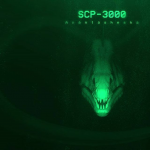 Reactions: Jewel, FruitMan and DaltonBruno
Upvote 1
This suggestion has been closed. Votes are no longer accepted.

While it would be interesting to have SCP-3000, there are two major problems with having it contained in HCZ of the site

2 SCP-3000 is Level-5/3000 Classified meaning that nobody would even be allowed to be even near it without Level 5/3000 which no researcher has, Now you could make your own lore about this but I sort of think given it's nature it should be Level 5.

There is no real way to test the SCP in any fulfilling RP sense other then feeding it and collecting samples. This is also all against the lore Of the SCP

Suggestion Denied
Hello @MakoBun "Joker"
Thank you for your suggestion but the content team has decided to deny it for the following reason;
This SCP would be impossible to add, the main reason being the map would be able to contain the size of the SCP which is several kilometers long, more importantly, this is a classified SCP, identical to 001 meaning no researchers would actually be able to test on it/ know about it, we don't really want more info breaches.
Your suggestion will be locked and marked as denied.
Also, in-game petitions won't do anything, technically, putting suggestions in-game as a petition may as well be a warning for mixing. ​