For how long have you played on CG SCP: Around 2-3 months (VTime is bugged so can't give that but Vtime should be around 2 weeks)
Age: 19

In what country are you located?: Scotland

Have you received any kicks/bans/warning? and why?:
-I only have 1 warning for 'Trespassing As A Civilian'. This is due to my time in Internal Affairs, I encountered tons of Civilians in the facility and I never realized it was actually against server rules to do be a civ in the facility.

Why are you applying for Site Director?

The reason I'm applying for Site Director is that I believe I would be able to really connect the gap between the lower clearance foundation personnel and Site Administration/Comand on the next level. During my time as an Advisor, I have been as reachable as I can. I've ensured that if someone asks to talk to me (regardless of role or clearance) that I will respond to them and hear anything they wish to say. This has been felt by a number of people on the server and I honestly believe it has actively encouraged more people to roleplay. Another reason I wish to progress to Site Director is due to the number of active Advisors we currently have and Jericho not being able to be on-site a lot, which has led to Advisors essentially becoming more like the Director instead of acting as an Advisor to the Director. If I were to get the opportunity to get the 2nd whitelist position for Site Director then I would love to properly use the Site Advisors as Advisors and create more RP scenarios within the server. The final reason I'm applying for Site Director is due to the time I have spent as a Site Advisor. I have loved the added responsibilities of coordinating counter-attacks against Code 1s or Code 5, creating training situations for MTF units, and even hosting some license tryouts. As I mentioned before, the position of Site Director is the one position I've been aiming for since I started in IA and I would love the amazing opportunity to push others within the site to succeed and promote RP within all departments that I can.

What makes you suitable for Site Director over Site Advisor?:
- I have previous experience in a Class 4 Ambassador role and I have previous experience as a Site Advisor. Within my experience as a Site Advisor, I have mainly been acting in a more Director like role. I have successfully coordinated multiple counterattacks against multi-breach code 5 scenarios, hosted department reviews to push MTF units (Nu-7 and E-11) to be more involved in RP and be more active, created multiple joint roleplay scenarios (such as creating a combined force of E-11, Nu-7, A1 and O1 to rescue SCP-999 from CI captivity), pushed myself to be more involved in the research department and having random chats with researchers to see if there is anything they would like to attempt (cross tests, higher clearance tests, etc) and creating mini-challenges to encourage people to be more active in the server (such as cash rewards for the most interesting cross-test idea, training opportunities to get a drivers license if they perform well and a multitude of other situations). I am extremely active within the community (Discord, TS, etc) and am able to be on-site for a long time which allows me to create long RP sessions.

Please give some lore about your Site Administration character and what storylines they would be involved in:


Collin 'Igorski' Anderson was born on the 13th of February 1974 in one of the isolated Scottish Highland villages, he was given up shortly after birth and was raised in an orphanage. In 1992, at the age of 18 Collin joined the British Army where he became a para-rescue trooper, and later in 1999, he joined the SAS and specialized in covert operations. In 2002, after the events of 9/11 he and his squad were sent into Afghanistan to investigate what they believed to be a Taliban terror cell planning an attack. During one operation, involving an undercover operative planted to disrupt a suspected gun sale gunshots rang out across the compound. Fearing for the life of his squadmate, he commenced a counter-attack where he was met with a sight he had never seen before. There was a red dog-like creature that was standing in front of ripped open metal containers, surrounded by bodies and tearing into his squad-mate. Behind the creature were a group of armed men he would later find out to be called the Choas Insurgency. Upon seeing what the creature was doing he froze, that action saved his life as his other squadmate started firing, and as soon as he did the creature ran at him and killed him. This strange creature then started to look around and Collin could swear he heard it impersonate his squaddies. After coming to his senses Collin heard the rumble of footsteps, flashbangs, and gunfire. The next thing he remembers is awakening in a helicopter surrounded by men with MTF stitched into their uniforms. When they realized he was awake they quickly gave him a sedative. The next few hours were a mix of voices, needles and it finally ended with him sitting in a dark room. He was given a choice, either join us or be heavily amnesticated and returned to a random village. With his advanced skills and training this organization was willing to take him in and offer him a job working with creatures hr could never have even realized existed. It wasn't like he had much of a choice however as he knew his squad was in a deep cover investigation and as he had no relationships there was no one to notify about his disappearance. Besides his existence could just be erased by the British Government, this was something the men in front of him made evidently clear. He decided to go for it and take their offer. He started out working in general security and after 8 years he was fully loyal to the organization that had taken him in. He was given the opportunity to work with an Internal Affairs Ambassador and after impressing him he was offered a place as an Agent in IA. He served as an Agent from 2010-2015 being involved in many high-profile arrests and investigations. In 2015 he was given the opportunity to yet again progress his career and become an Internal Affairs Ambassador. His eyes were opened to just how massive this Foundation was, its multiple sites, hundreds of SCPs, 1000s of employees, and how hidden away it really was. On the 28th of <DATA REDACTED> during a case of multiple breaches at Site-<REDACTED> he was responsible for coordinating the recontainment of SCP-<REDACTED>, SCP-<REDACTED>, and SCP-< REDACTED> after all higher Clearance staff were either cut off or killed due to an accompanying CI raid. His actions that day prevented the possibility of further breaches and ensured the site didn't activate its <DATA REDACTED> to prevent a site breach. After 5 more years as an Ambassador and a transfer to another site, he was informed that the current Site Advisor for site 65 was moving up in the Foundation and that the position was open. He applied at once and was accepted into his new challenging role as a Site Advisor
'Igorski' enjoyed being a Site Advisor for 4 years. He loved the difficult situations he was put into and was thankful to be in such an experienced site. This joy was unfortunately interrupted when <DATA REDACTED> <SEE LOG OF EVENTS BELLOW>


Code:
On the 09/05/**** a multiple instance Code 3 breach was declared at Site 65 as a result of a containment failure during a 15 hour test of SCP-008. Site Advisor Igorski, who was overseeing the security measures at the time, declared a Code 3 and requested the pre-assembled QRF of MTF Epsilon 11 and MTF Alpha 36 to attend the situation. After the QRF entered the Heavy Containment Zone SA Igorski ensured the activation of the site's teslas gates and the closing of its Heavy Containment Zone Blastdoor.

At approximately **:**, 18 minutes after the breach was declared it was reported that 008 instances had overrun the QRF. Immediately the Advisor ordered non-combatants back to their designated safe zone and requested MTF Nu-7 and E-11 to form up on the other side of the teslas and create a firing line. Advanced Armoury was authorized and as such the MTF had access to Nerve Gas and Miniguns. The HCZ Blastdoor was opened and, under the Advisor's direction, MTF E-11 and Nu-7 were able to successfully eliminate the immediate threat. After having a chat with the COMS of both units it was decided that the E-11 biohazard would take the lead and search the HCZ for remaining instances of 008 and Nu-7 would provide rear cover for them.

At approximately **:**, 1 hour and 37 minutes after the breach occurred Epsilon 11 Biohazard units declared that the HCZ was clear and recovered the dead bodies of the original test crew and the QRF force. 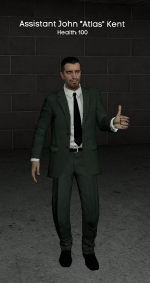 Igorski has been an amazing Site Advisor, and I feel as though he would be an amazing Site Director, with his experience, leadership skills, and his performance under pressure.
Reactions: Igorski 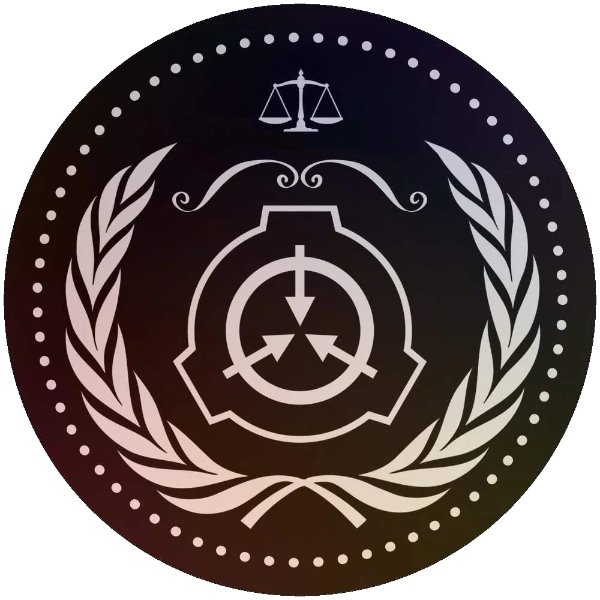